Helping the next generation to learn the music,
not so much as a way to make a living as to make life itself worth living.

Each year the Austin Friends of Traditional Music awards a scholarship to promising musicians and dancers who wish to further their studies of old time music and dance.

In previous years we have supported their participation in the Swannanoa Gathering’s Old-Time Music and Dance Week.  Although the Swannanoa Old Time Camp was cancelled in 2020 along with most other camps that support traditional music, your Austin Friends of Traditional Music (AFTM) still wishes to support the music education for community members interested in traditional music forms.

To that end, the AFTM is offering scholarships to learn on-line.  There are several on-line learning sources to select from, some of which are listed on our On-line Learning page. Other sites or teachers may be approved after board review.  Music students may select a course of study that is not listed and submit it with their scholarship application for review by the AFTM Board. The musical training may be for any instrument (or voice) but must be traditional in nature.

Rules and requirements for the 2021 AFTM Scholarship Program:

2.  Applicants must be AFTM members. They can go to our membership page to become a member at any time.

3.  Applicants must submit an email application to AFTMTexas@gmail.com.  The application must consist of

b. Intended course of traditional music study, including contact information for the instructing entity, and the cost,

c. Written description of your interest in traditional music, your musical background, and why you think you ought to be chosen for a chance to learn from the masters.

5.  The board may request recipients of AFTM scholarships to provide a post training report or participate in an interview for possible future inclusion in the Reel Times newsletter.

Any costs other than tuition associated with attendance are the sole responsibility of the selected applicant.

Submit your entry for the AFTM scholarship to:

Mira started violin lessons at age four, but did not sustain a passion for classical music and stopped playing the violin at age seventeen. A few years later, she became intrigued by old time music. She took up Mandolin and old-time Fiddle using the skills she had developed as a child.

Later she discovered the Hardanger fiddle, a Norgegian instument, and in her words, "I fell completely in love with the sound of it, it was enchanting to me!”  She attended monthly Scandinavian dances and began to learn Norwegian music by ear and to study the Hardanger with on-line instruction. Mira travelled to Norway and spent a year studying Norwegian music, dance and culture.

Mira is a long time friend of AFTM and if you have come to any of our jams and festivals over the last few years you are almost certain to have met Mira. She introduced many of us to the haunting sounds of traditional Norgegian tunes through her performances and workshops at Midwinter Festival.

She will use her scholarship award to continue her study of Scandinavian music through video lessons on the Folk Music Academy website:  https://www.thefolkmusicacademy.com

As the recipient of our annual scholarship for young students of Traditional Music, Celebrindal studied clawhammer banjo under Evie Ladin thorough the Peghead Nation online courses.

Celebrindal started her musical life at 8 years of age, studying classical violin and went on to play viola
professionally in orchestras, chamber music, and theatre. She loves the culture of traditional music and has taken up bluegrass fiddle and mandolin. Her next goal is to progress in clawhammer banjo.

Get to know Celebrindal: see her Reel Times Interview, just posted on YouTube and be sure to checkout her YouTube channel.

More about Josh and Isaiah...

More about Josh and Isaiah... 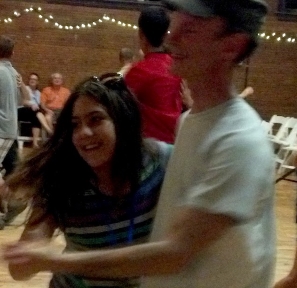 A letter from Eliana.... 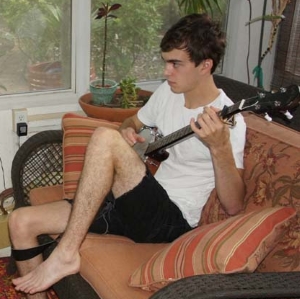 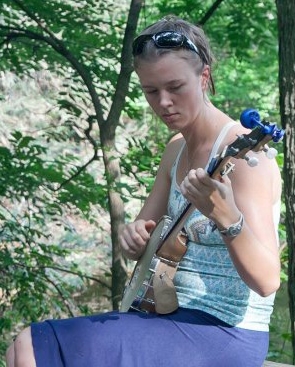